Akas K. is a Hungarian man residing in Austria who ordered €12,000 worth of amphetamine and ecstasy from the darknet under the alias “Johann Wagner.” He ordered multiple parcels to a gas station in St. Margarethen in Burgenland and would resell the drugs back in his Hungarian homeland. He was convicted to eight months in jail and 16 months suspended sentence by the court of Eisenstadt. (photo) 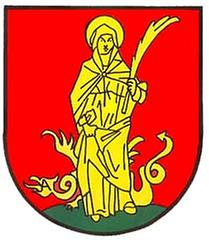 The investigation began when the postman alerted the police. The carrier became suspicious after interacting with the man for a few times. While he was delivering other parcels in the same area, Akas would always hassle the postman by insistently asking about his incoming package. Furthermore, the man spoke a broken German which also raised questions about his identity:

“Do you have a parcel for me, my name is Wagner.”

After the police got involved, a trap was set and shortly after they caught the dealer in flagrant. In the court of Eisenstadt, the drug dealer confessed:

“I’m not addicted myself, I did it solely because I knew I could make a lot of money out of it quickly,” the accused admitted frankly.

After a brief deliberation, the court sentenced him to a partial prison sentence of 24 months, of which eight months have to be served.

Taking into consideration the severe penal accusations, in this case, the offender received a light sentence. International distribution of high-risk narcotics is a serious offense and the fact that his court testimony was so sincere might have been the key to his reduced and suspended sentence.

“The illicit supply, cultivation, and manufacture of narcotic drugs carry penalties of up to five years’ imprisonment. The penalty range increases to 1-, 2- or 5-15 years in defined aggravating circumstances, which include factors such as larger quantities of narcotic drugs, supplying or involving minors, gang membership and carrying weapons.”