Today, Monday 28th of January 2018, a 37-year-old software developer from Geldern, Germany was sentenced by the Kleve district court (photo) to seven years in prison for gang-related drug trafficking. He and his cousins ​​had sold 32 kilograms of marijuana via a darkweb platform. 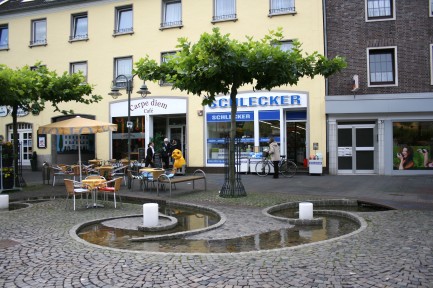 Similar to another recent case, the postman was the one who alerted the police after getting suspicious of the increasing parcels being sent to the mailboxes in the Sonsbecker area. Police monitored the zone and spotted the 37-year-old. Officers took photos and bugged his car with a GPS tracking device. On 15th of March 2018, law enforcement raided the culprit’s house and found a drug depot in the basement. More precisely, 17 kilograms of hashish, 15 kilograms of marijuana, and packaging material of professional caliber.

A witness confirmed that the manner in which the suspect packages were assembled reminded him of those seized by the police.

The accused had declared that he had received no money for his cooperation and that he just wanted to help his cousins with his business. However, the court was not convinced at all.

“I’ve been too naive,” said the defendant on Monday. He strongly underestimated the legal consequences: “I thought: What can happen, even if it comes out?”

The defendant had no criminal record and was working as a full-time job as a software entrepreneur since March 2018. His business is now failing, and he’s expected to pay fines and concede illegality-obtained property.

“The early days in custody almost destroyed me. However, it was my decision. I want to take responsibility for it and finish this life crisis clean.”

His lawyer asked for a conviction for aiding and abetting, but the prosecutor’s office asked for eight years of imprisonment for gang-related trafficking. Belonging to a gang while selling narcotics is an accusation that counted as an aggravating factor in the case and added several years to the final sentence. Judge Jürgen Ruby declared:

“It was about making selling as much as possible and making money as fast as possible,” taking about the defendant’s operation.

Although the accused only sold marijuana, which is considered by the German penal code as one of the least severe narcotics for public safety, the judge added the gang affiliation charge — indicating that the defendant used violence at some time to pursue his illegal drug trafficking business.