Three public employees from the Italian municipal office of Venaria Reale, Via Goito street in Turin, are indicted for child pornography and aggravated fraud. Police officers found a total of 38 thousand files of which two thousand depicting minors in profoundly disturbing sexual or even violent situations. The files are thought to have been downloaded in the last six months.

More shockingly is the fact that previously, a female employee had reported suffering an anonymous sexual attack. She had left her water bottle on her desk overnight, and the next morning she found it of a strange color and consistency. Lab results showed the bottle had been contaminated with semen.

“We have evidence that under some circumstances, the suspects for child pornography offenses have masturbated in the office, police commander Luca Vivalda declared.“

The first arrested municipal worker has been fired from office. He’s a 61-year-old man from the accountancy and economics office, accused of peculation, fraud, and child pornography. The second suspect is his wife, a personnel office employee who is charged with fraud. The third suspect is another employee from the planning office also charged with trafficking child pornography.

Investigators found that between September the 26th of 2018 and February the 5th of 2019, almost 38 thousand pornographic files were downloaded from the computers of the arrested employee and that of the reported colleague, including photos and videos. Of these, 2127 with minors. Almost eight thousand files in the period from December the 31st of 2018 to February the 5th of 2019, with nearly 500 videos or photos with children.

The inquiry started when computer technicians observed a slow and overloaded network between 9 in the morning to 18 in the evening. Moreso, the municipality had recently installed a vast bandwidth network for reducing operational timing.

“But something was not going well, since the exchange of information was very slow, which is why I asked the technicians of the company that installed the software on our tablets, and it is thanks to this intervention that we have discovered the anomalies, with the often slow and overloaded network, thus giving life to the investigation, the arrest, and the two complaints”, explains Luca Vivalda.

The pair was downloading 60-70 megabytes out of the 100 megabytes available to the City, every day. Investigations have shown that the arrested culprit had a second “job” as an online gambler and trader on the stock exchange.

Also under questioning is the wife of the 61-year-old man who is accused of falsely attributing worked hours to the suspects:

“I want to be good and say that one worked a week in six months and the other one did not. They justified only the minimum working hours required by the union, says Luca Vivalda. Mayor Falcone promised he’ll check the rest of his municipality for similar cases.

On the other hand, the defense attorney of the 61-year-old culprit and wife, deny almost all accusations:

“At the current state of the investigation, the number of downloaded videos has not yet been quantified with precision and the material that, according to the Public Prosecutor’s Office, has been identified as pedopornography. Then, it is absolutely not true that my clients would have sold or divulged the material downloaded to the black market or with any other means. This profile was not even challenged by the prosecutor. Moreover, the current bank accounts of my clients are absolutely not seized. As far as his wife is concerned, the investigations have not brought out relevant responsibilities because she had no power to assign overtime and/or vacation days because of her role as a mere employee of the personnel office,” lawyer Francesco Dal Piaz declared.

According to the Italian Penal Code regarding child pornography, the group faces between six to twelve years and fines from € 24,000 to € 240,000. 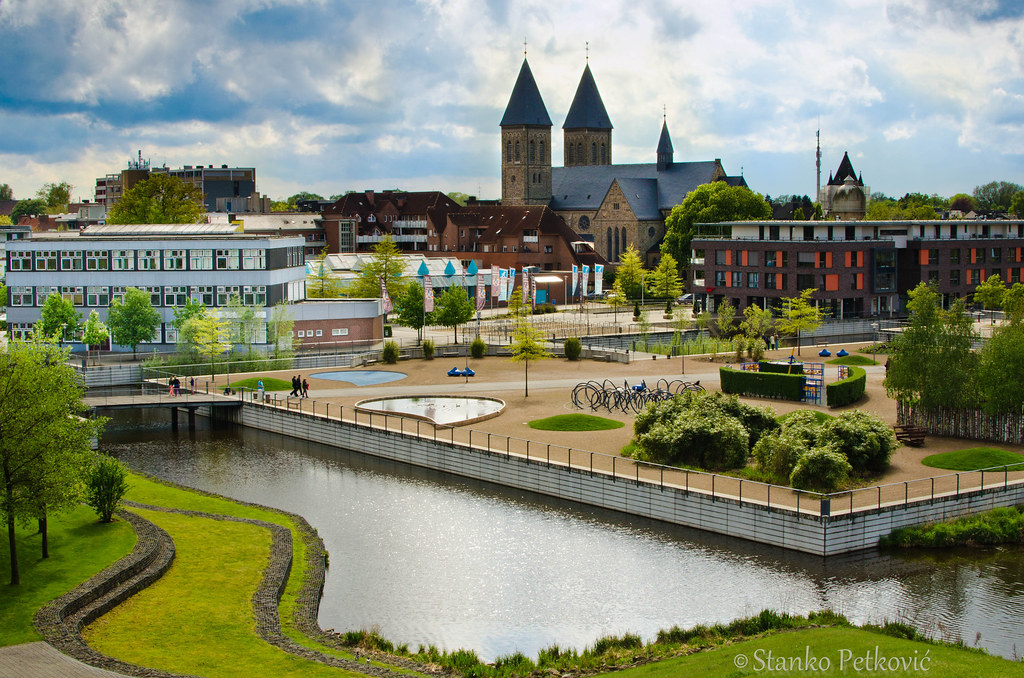 Law enforcement has been tracking the group since 2018. They’d send hard drugs from the Netherlands to Germany through the post office. A total of 13 members are accused in this case, twelve of them arrested on Friday.

“According to the investigation so far, three main suspects arrested today are said to have organized the order and shipping. The accused are a 31-year-old Afghan citizen living in Enschede, his 27-year-old brother resident in Gronau, and a 33-year-old Dutchman from Enschede,” according to a press release from the Dutch Customs.

The starting point of the investigation was the case-related information obtained by the Nordhorn Customs. The illegal mailing of drugs from the deep web has been a well-known practice on the Dutch border for years.

The close cooperation between the two countries has led to the alleged perpetrator group. Already during the covert phase of the very intensive investigations, drug shipments in letters and parcels for recipients worldwide were captured. Including nearly 25 kilograms of amphetamine, 1.6 kilograms of pure MDMA, 1.1 kilograms of ecstasy tablets, 170 grams of cocaine, and 145 grams of heroin with a total street sale value of more than €400,000. To capture the group, a joint investigation team between Dutch and German authorities was founded.

“According to the findings so far, the authorities assume that the drugs ordered in the Darknet were ordered online, paid in cryptocurrency and packaged by other suspects, either in the Netherlands or in Germany, at the command of the main defendants. The alleged gang supposedly used apartments rented for this purpose in its storage and packaging activities in the Twente region of the Netherlands and the Borken district in Germany,” Customs officials declared.

More interesting, is the transport vehicle seized by the task force. The car was designed to fill every spare space with drugs. Furthermore, the searches on Friday also found numerous written documents, computers, and mobile phones.

The operation has involved German and Dutch prosecutors, German customs investigators, FIOD (Dutch Investigative Service), EUROJUST, and EUROPOL. The accusation of gang-related international drug trafficking is very severe in both countries. However, Germany has slightly more lax laws than the Netherlands. If found guilty, they face up to ten years in prison.

Today, Monday 28th of January 2018, a 37-year-old software developer from Geldern, Germany was sentenced by the Kleve district court (photo) to seven years in prison for gang-related drug trafficking. He and his cousins ​​had sold 32 kilograms of marijuana via a darkweb platform.

Similar to another recent case, the postman was the one who alerted the police after getting suspicious of the increasing parcels being sent to the mailboxes in the Sonsbecker area. Police monitored the zone and spotted the 37-year-old. Officers took photos and bugged his car with a GPS tracking device. On 15th of March 2018, law enforcement raided the culprit’s house and found a drug depot in the basement. More precisely, 17 kilograms of hashish, 15 kilograms of marijuana, and packaging material of professional caliber.

A witness confirmed that the manner in which the suspect packages were assembled reminded him of those seized by the police.

The accused had declared that he had received no money for his cooperation and that he just wanted to help his cousins with his business. However, the court was not convinced at all.

“I’ve been too naive,” said the defendant on Monday. He strongly underestimated the legal consequences: “I thought: What can happen, even if it comes out?”

The defendant had no criminal record and was working as a full-time job as a software entrepreneur since March 2018. His business is now failing, and he’s expected to pay fines and concede illegality-obtained property.

“The early days in custody almost destroyed me. However, it was my decision. I want to take responsibility for it and finish this life crisis clean.”

His lawyer asked for a conviction for aiding and abetting, but the prosecutor’s office asked for eight years of imprisonment for gang-related trafficking. Belonging to a gang while selling narcotics is an accusation that counted as an aggravating factor in the case and added several years to the final sentence. Judge Jürgen Ruby declared:

“It was about making selling as much as possible and making money as fast as possible,” taking about the defendant’s operation.

Although the accused only sold marijuana, which is considered by the German penal code as one of the least severe narcotics for public safety, the judge added the gang affiliation charge — indicating that the defendant used violence at some time to pursue his illegal drug trafficking business.